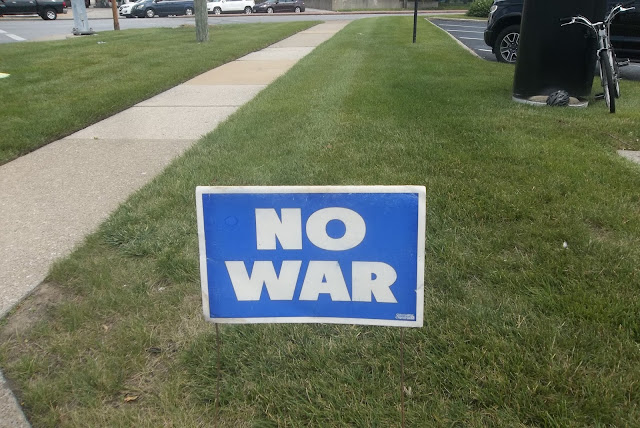 Sunday was the last peace demonstration sponsored by the Northwest Ohio Peace Coalition. At least for now it is. Hopefully by the time this blog is posted a local activist will have picked up the reins and organized the next outing. It's not like there's been a total and complete ceasefire and an end to all armed conflicts on this planet in the last twenty-four hours. With Biden's administration launching bombs on Iranian-sponsored groups in Syria, peace protests and activism are needed now more than ever. (Read: Biden's Bombing of Iraq and Syria Only Serves the Weapons Industry Funding Both Parties.) 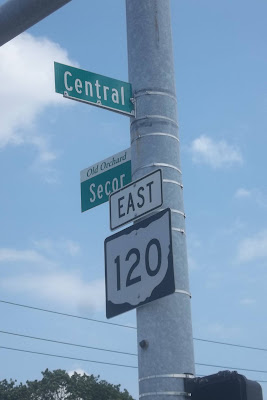 The demos in recent years took place on Sundays at noon at the corner of Secor Road and Central Avenue, in front of the Key Bank in the Westgate shopping area of Toledo. It's a very busy intersection. The "Honk for Peace" signs get a lot of responses. But the originators of the Peace Coalition feel that it's time for new blood--read, "younger blood"--to come in and take over and invigorate the group. 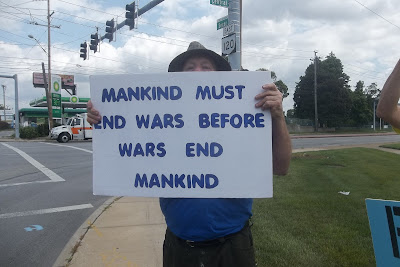 Many I spoke with last Sunday said they wanted the Peace Coalition to be known for more than just standing on street corners holding signs and waving at passers-by. They wanted to inspire others to take action. They wanted to teach others how to hold our government accountable whenever it takes arms against other peoples or even our own people, as in the case of police violence against Black Lives Matter marchers and indigenous oil pipeline protesters. 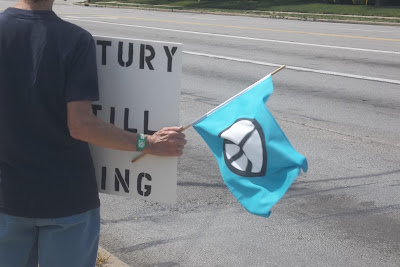 The Northwest Ohio Peace Coalition began shortly after the events of 9/11 and vigorously protested the start of the Iraqi War for Oil. There were large displays of tombstones and boots demonstrating the numbers killed. There were sit-ins of elected officials' offices and arrests made to call attention to the cause for peace. There were buses full of local peace activists heading to Washington DC to march in the streets. 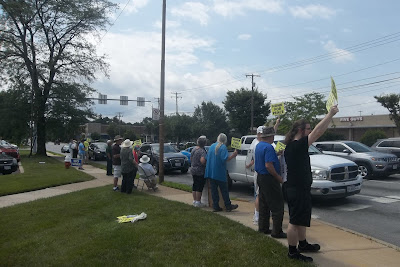 There's great hope there will be similar anti-war activism in the area again--and possibly even greater activism. Now is not the time to be shy. Now is the time to speak out and show up. See you on the corner, in the streets, at the courthouse, sitting-in at your Congressmember's office... 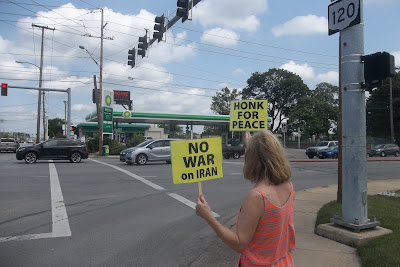 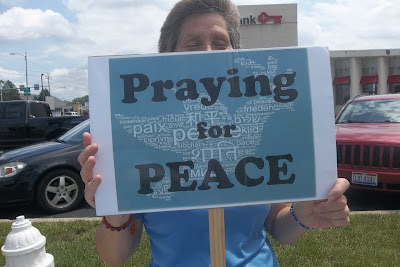 Learn more about how you can be manipulated into supporting armed conflicts. Read Support the Tropes: How Media Language Encourages the Left to Support Wars, Coups and Intervention  https://fair.org/home/support-the-tropes/

Links to learn more about war from World Beyond War:

Guided Missiles, Misguided Policies, and Changing Direction Or How I Learned to Stop Worrying and Love WWIII

Profiting from Misery – A Conversation with the Researchers

Okinawa, Again – The U.S. Air Force and the U.S. Marines Have Poisoned Okinawa’s Water and Fish with Massive Releases of PFAS. Now it’s the Army’s Turn.

A World Beyond War – What’s There to Gain, and How Is it Possible?

Remember to Forget the Alamo

War is A Lie With David Swanson

Goodbye to an AUMF

Registering Women for the Draft: Equality in Barbarism?

“Wake Up, the World is Dying”: Now Do Something About It

The American Empire of the West Deploys Troops for Battle

Why Democracies in G7 & NATO Should Reject U.S. Leadership

A great person who called for an end to the war in Iraq as well as the end of the Vietnam War, Senator Mike Gravel, passed away this week at the age of 91. Here's a short video that shows some great clips of him in action. If only we had more like him office! Rest In Power, Mike.

If you as an American speak out against war and the Military Industrial Complex, you could be labeled a "terrorist." Jimmy Dore and Ron Placone discuss this disturbing situation.

Be sure to check out Beanstock's World this week for great videos on the housing crisis, Medicare For All,  and the mishandling of our economic crisis. https://beanstocksworld.wordpress.com/2021/06/27/wakeful-video-weekend-2021-06-27-18-videos/ 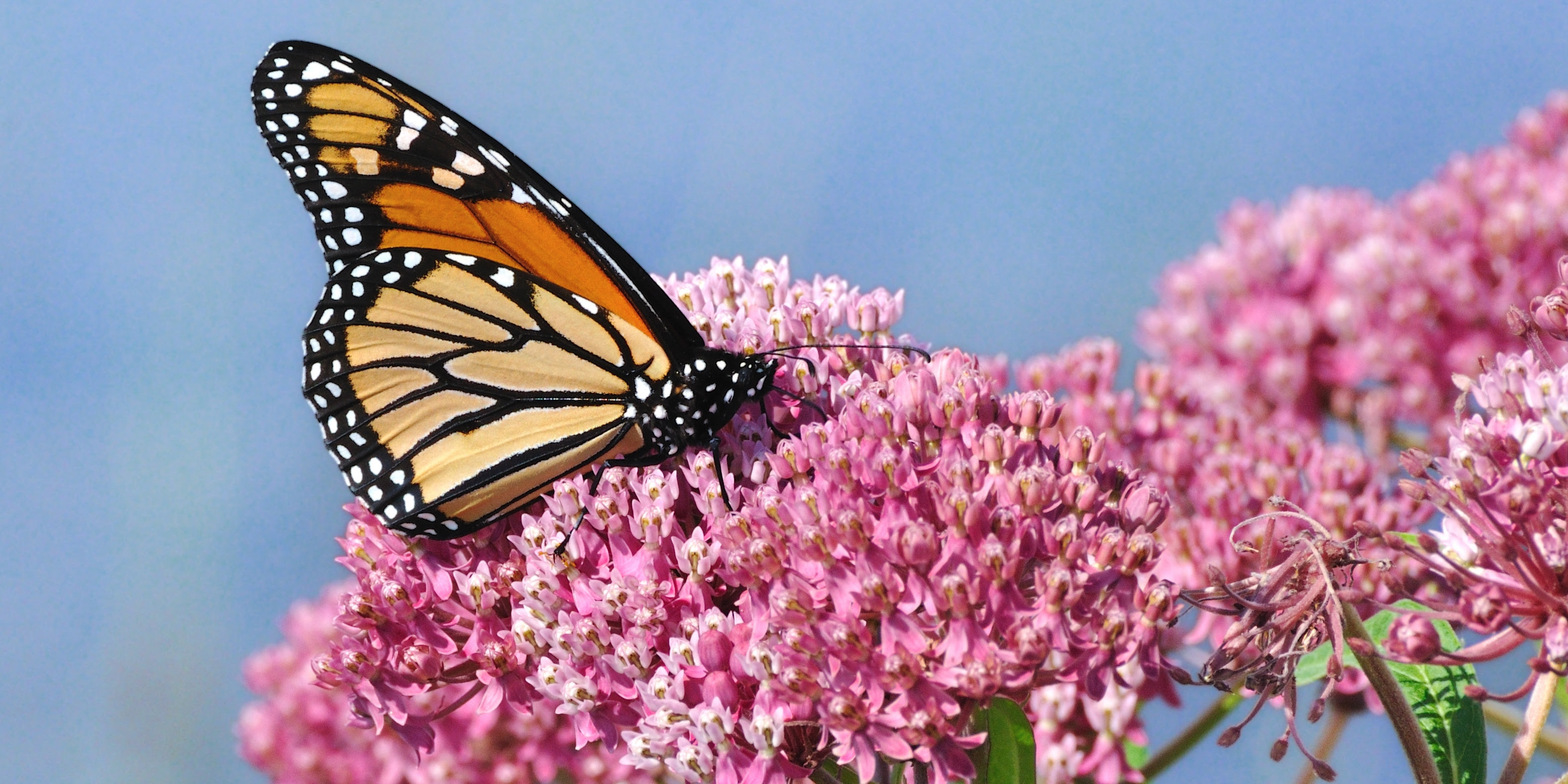 Monarch butterflies could become extinct as they wait in line to be listed as endangered. Tell the U.S. Fish and Wildlife Service to protect them NOW! 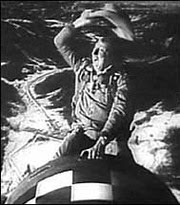