Seeing Past the Smoke


Seeing Past the Smoke
by Carl Elderton

My wise wife pointed something out this morning that I thought warranted sharing.

In the USA, we live in a society in which we are relentlessly barraged with advertisement campaigns. These campaigns amount to psy-ops wherein our very self worth is challenged if we do not purchase, use, and help promote brands of products that in some instances actually endanger our own existence. For example the Standard American Diet is a killer, but if we don't eat red meat and potatoes, or some laboratory concocted substitute, with every meal we eat we're somehow un-American. We're not man/woman enough if we don't wear the right clothing fashions. We're sexually repulsive if we don't use the correct brand of toothpaste or scent.

We see the same divisionary/exclusionary tactics used in our political campaigns. Support this candidate because he talks just like you do with the implication that if he talks the same, he thinks the same, and his words mean the same as when you use them. 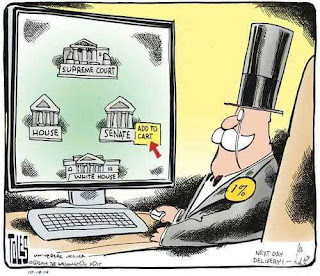 Is it any wonder that so many people are recognizing on some level that they are being manipulatedand experiencing the frustration and rage that comes with that realization?

Is it any wonder that the perpetrators of this systemic subterfuge are unable to recognize that the U.S. public are beginning to see past the smoke, the mirrors, the subtle (and not so subtle) misdirections, and the outright lies to realize that the American Dream has become a nationwide game of three-card monte?

It requires only a few minutes exposure to corporate media to understand why people are rebelling against the establishment candidates to support either Donald Trump, who epitomizes the self-centeredness of libertarianism, or Bernie Sanders, who exemplifies the unity of the self-proclaimed United States.

Outside these two, our candidates are the products of the special effects masters of Madison Avenue, the finely honed instruments of the psychological warriors of Wall Street. Each candidate is finely crafted to appeal to the differences that separate us and keep us manageable. 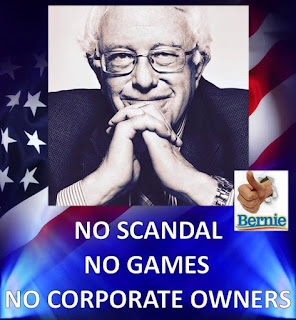 Looking at Trump and Sanders, each with their fatally flawed hairstyles, neither of them seem to be what we're conditioned to think of as textbook leaders. And therein lies their appeal--they are real.

Bernie Sanders is what he has been for decades. He knew what was right from the beginning and has consistently followed that course. He doesn't sell out. He finds ground to work towards progress for all with anyone who will listen. He's a statesman, not an ideologue.

And Trump? Well, "Trump bees Trump." He's like John Wayne, with a little John Wayne Gacy thrown in. He'll do what he thinks is right for him, no matter who has to pay.

In the end, "there can be only one." Whoever wins will, for better or worse, represent this nation and its people (you and I) to the entire world for at least four years.

We've got one chance to get this right, U.S.A. Don't screw it up! 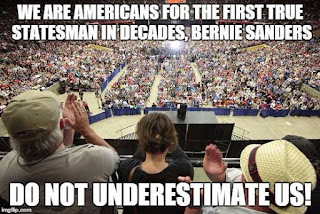 Bio: Carl Elderton is a Bernie supporter who hails from the St. Louis area. Here's what he says about himself: "I'm a 59 year old career woodworker who's experienced forty years of economic stagnation. Bernie Sanders offers the best plan for an end to the economic pillaging of the middle-class, and an alleviation of poverty in this nation. Plan for change, then work the plan!"

Here's a just released video from the Sanders campaign. It's a must-watch for voters of every persuasion. Watch it and be sure to share it with your friends and family members. Help them "see past the smoke" and vote for the candidate that serves their best interests.


Bernie Sanders: In-Depth Explanation of Income Inequality
Let me tell you something about our country that the billionaire class doesn’t want you know...
Posted by Bernie Sanders on Monday, September 14, 2015


Posted by The Revolution Continues at 3:00 AM