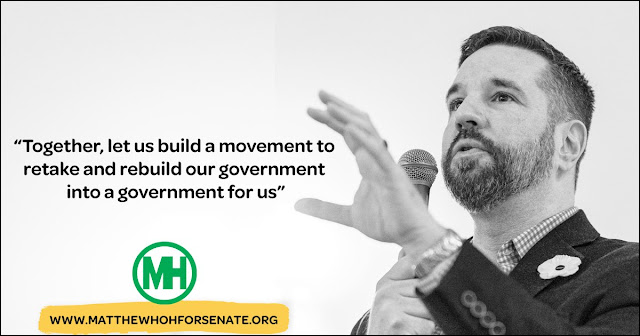 (We Need) Real Representation, Not Celebrities

“It’s the real thing!” said a commercial a few decades back. Genuineness was a virtue to rejoice in, not disdain. I wish this sentiment were still true today when it came to our elected officials.

Nowadays, it seems the more glamorous you appear to the public, the more raved about on Tik-Tok or Twitter you are, the more likely you’ll be seen as “the real thing.” Take for example one very famous Congress member from New York, Alexandria Ocasio-Cortez, a.k.a. AOC. She’s been on magazine covers and seen noshing at the best galas in New York City, but has she even introduced or helped to pass Medicare For All like she promised when she first ran for office? 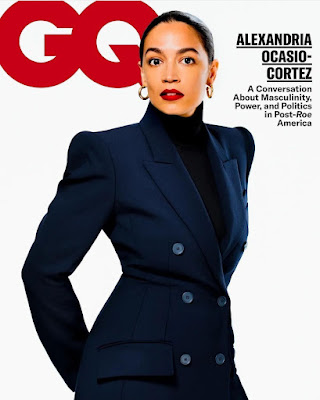 Uh,no. Not a thing AOC has promised to do, such as the DNC’s scaled-backed Green New Deal, has come to fruition. She’s even voted to send more money and weapons to a proxy war in Ukraine and more military aid for Israel to bomb Palestinians into the dust.

AOC hasn’t done anything to get the immigrant “kids in cages” out of our hellish, racist immigration system except to take advantage of a photo op to cry for them in front of the cameras. AOC is a good little Dem. She does everything House Speaker Nancy “Mama Bear” Pelosi tells her to--and then some.

AOC, in my humble opinion, is a cover model and a spokesperson for a corrupt faction that dares to call themselves the “democratic party.” Celebrities simply don’t fit the definition of “representatives of the people.” Merriam-Webster’s online dictionary says, “Celebrity--a famous or celebrated person.”

There’s no mention of a celebrity being an advocate for the people in that definition, is there? 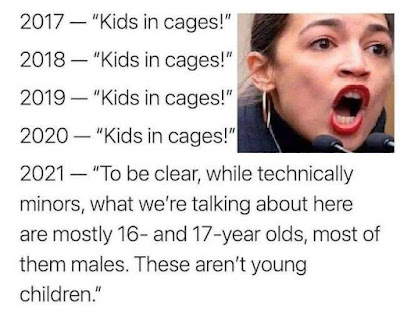 Look at where other political celebrities have gotten us in the last forty years: B-movie star Ronald Reagan destroyed unions and preached “trickle down economics” that only concentrated more wealth in the hands of the super rich. Reality TV star Donald Trump set the clock back several hundred years by promoting conservative federal judges. If you’re reading this blog, probably neither one of these presidents are your favorite—and for good reason. 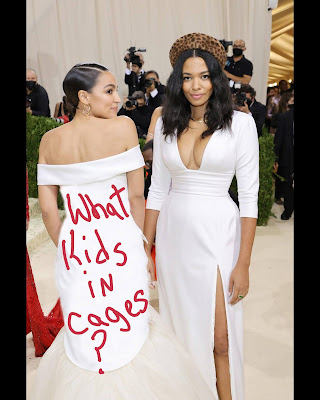 So sorry, AOC is a just another useless celebrity who doesn’t put the general wealthfare of the American people before her own fame or celebritiness. She forgets her “lines” that she promised to do for her voters when she campaigned. She has zero backbone and can’t or won’t act on the courage of her own convictions.

But there is hope. There are “real things” running for office. One of these genuine candidates is Matthew Hoh of North Carolina. 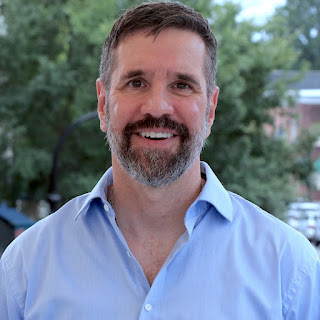 Matt is running for the US Senate as a Green. He isn’t taking corporate cash (like AOC does as a Dem) because he isn’t stuck in an establishment party that supports the military industrial complex. In fact, the Green Party US wants to overturn the Citizens United ruling and get rid of all corporate and dirty money in politics. Since Matt isn’t beholden to corporate paymasters, he is free to represent everyday people, not billionaires. 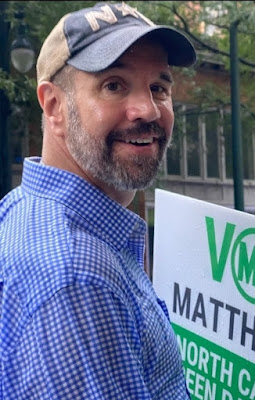 And talk about having backbone: Matt went to war three times as a US Marine and a diplomat before realizing the courage to pronounce the wars as unjust and immoral. In 2009 he resigned from the State Department over the surge of troops to the war in Afghanistan and started speaking out against the endless war machine and the corruption in our political system.

Matt isn’t one to take the cancellation of Roe v. Wade and the disregard for human rights lying down either: “This destruction by the Republicans and betrayal by the Democrats of a woman’s right to an abortion and all forms of healthcare is symptomatic of the larger degradation and disregard for human rights--civil, economic and political--by the two-party system in favor of money and special interests. This is why we must disrupt and remake our political system. Too many people have died and suffered due to the corrupt and money-beholden status quo.” 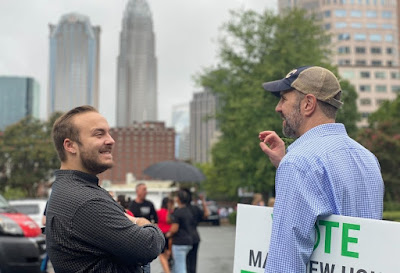 Wow. That’s straight talk coming from a very brave man who isn’t afraid to take on the billionaires who run our government. Isn’t it nice to hear a candidate standing up for the people for a change?

The time is now to elect a strong third party candidate like Matthew Hoh to the Senate, a candidate who isn’t pressured by a party that wants its members to do exactly as they’re told by their corporate donors. America can’t afford endless wars. We can’t afford more of our human rights taken away from us. We can’t afford to keep electing corporate-owned-and-operated celebrities to public office no matter how pretty they look in an expensive designer evening gown. 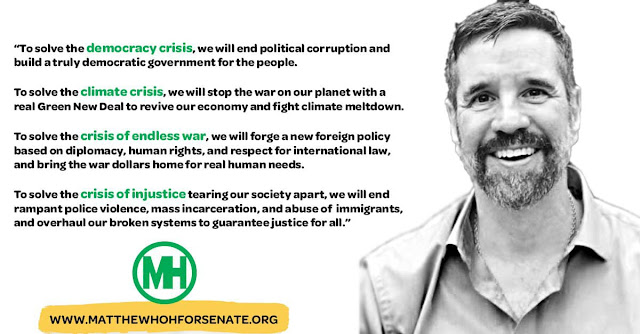 AOC is a Tool of the Democratic Party Establishment (video) https://youtu.be/XLHxm0Rt0QY

The Maskless Rich (Are Laughing At You) https://bernie2016.blogspot.com/2021/09/the-maskless-rich-are-laughing-at-you.html

What You Aren't Hearing About AOC's Dress Scandal (video) https://youtu.be/SryNJSASHdg

AOC, where is that ruckus you promised??? Asking for millions of embarrassed political chumps.

Translation: "It's really important for me to spend time getting on magazine covers and attending Met Galas than to fight for #MedicareForAll or the #GreenNewDeal ." https://t.co/ICb18ihfAC

"What Green New Deal? I never said that YOU PEASANTS! Now out of my way I have a Gala to attend that costs more than your families total lifetime earnings!" pic.twitter.com/vHF6iui34M

WE ABSOLUTELY NEED TO HELP AOC TO GET HER MESSAGE OUT THERE SHE PROBABLY ACCIDENTALLY DELETED IT SO LETS HELP HER SPREAD THIS TWEET pic.twitter.com/sGo2ZLyb3I