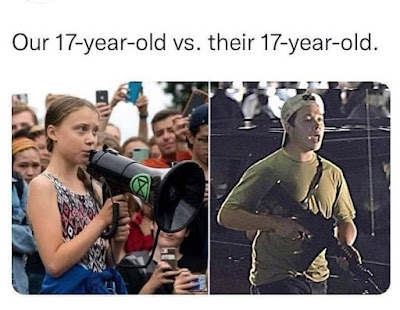 I wrote the following essay a couple of weeks before the Kyle Rittenhouse verdict came in. These were the contest specs:

Every year for Thanksgiving, the Wall Street Journal features a passage from a pilgrim detailing what colonists perceived when they arrived in the “New World.” The passage is full of disdain and racism towards indigenous people, and petition starter Randy, an indigenous activist, thinks it’s time to stop publishing this story.

But what should one of the nation’s most widely-read newspapers publish on Thanksgiving? How can we as a nation stop telling the false story behind the holiday and instead tell a story of our nation that honors indigenous people? We want to read something which positions the descendants of the U.S.’ original inhabitants and settlers as modern day accomplices in the fight for a more just nation...

So, in spite of the fight for a fair and just nation taking a bit of a blow from the Kenosha, Wisconsin trial, here's what I came up from the contest prompt. I really hope channels of communication stay open wide enough so we can continue to work through our conflicts and truly become thankful for each other. 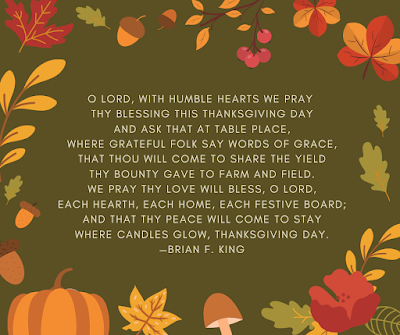 If lockdowns and self-isolation have taught us anything, it's this: People need people. Real flesh and blood people, not just online people. We need a variety of people in our lives actually, because it can get awfully tiresome seeing the same four walls and the same few faces for weeks on end. Variety is the spice of life is how the old saying goes. So, let us enjoy meeting a variety of folks this holiday season along with hanging out with those most familiar to us.

One thing that Americans should be thankful for is that we have each other--and we're definitely not lacking in variety. We have a lovely diversity of Native peoples whose ancestors gifted those peoples who came to this continent later with their extensive knowledge of the flora and fauna. In return, these latecomers deprived the Native gift-givers of their lands, languages, and cultures. To make things even worse, the latecomers have up until recently made spurious claims that they are somehow the heroes of the story of how our peoples came together.

These outrageous wrongs should be addressed. Reparations should be made to the children of both our Native peoples as well as the children of those whose ancestors were brought to America in chains and forced to labor as slaves. Americans should make amends to all we have denied civil rights to because of their race, creed, or country of origin. 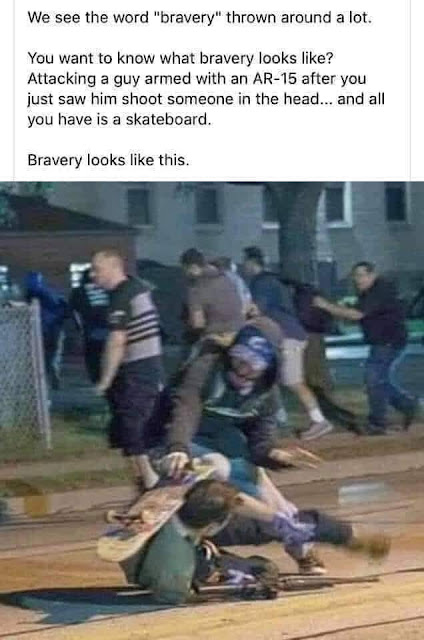 Let's not kid ourselves. Americans are not perfect. Those Americans who don't appreciate our diversity of peoples are to be pitied, not lauded. They should be thankful that the majority have shown tolerance of their intolerance. We've been far too tolerant of this evil for far too long. On a holiday dedicated to thankfulness, let us practice forgiveness as well. First, we must beg forgiveness from all peoples we have wronged. Second, we must forgive ourselves for not acting sooner to end the harms of systemic racism.

As we gather around the Thanksgiving table to enjoy time-honored favorite dishes and conversation with friend and stranger alike, let us give thanks for each other. Sure, things could be better--much better--between us and our neighbors, but all is not lost. We still have each other. It's the one thing that in spite of our checkered past and our uncertain future we can count on--each other. And while there are open channels of communication, there is a possibility of healing.

Combining the strength of our different viewpoints, we can learn how to help each other and save our hurting world. There's no need to rely on only one viewpoint, only on one people's culture, overlooking all others'. Diversity is our strength. Variety is the spice that makes our homemade pumpkin pie recipes sing!

Americans, let us remember our past and vow not to repeat the worst parts of it. Let's put our self-centered ways behind us. Let us be there for our fellow Americans today and every day. This and every Thanksgiving, let us truly be thankful for each other. 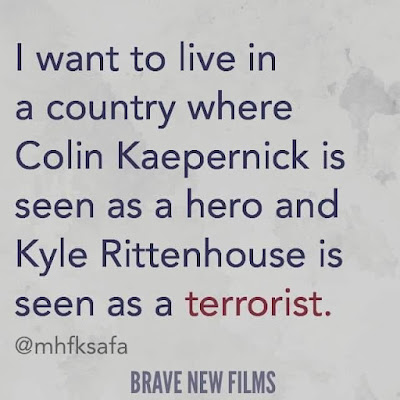 Travyon Martin was an unarmed 17-year-old kid. He was killed carrying a bag of skittles. The right-wing called him a threat.

Kyle Rittenhouse was 17 years old and armed. He shot and killed 2 people with an AR-15. The right-wing calls him a hero. pic.twitter.com/JursSJFT7j

From the Juggernaut Project:

Surprise! Nearly 100 years since it was first introduced, the Equal Rights Amendment, which reads, “Equality of rights under the law shall not be denied or abridged by the United States or by any state on account of sex,” was finally ratified by a quorum of states. Virginia became the 38th state to ratify the amendment in January 2020.

The House of Representatives had recently passed a law removing the time limitation on ratification of the amendment, and the bill is still pending in the Senate. But during the Trump administration, former Attorney General Bill Barr improperly weighed in on the process. The Constitution gives absolutely no authority to the Executive Branch when it comes to the Amendment process — but the Trump Administration was determined to pull out all the stops to stop equality under the law.

Sign the petition: Get rid of Trump-era roadblocks and advance the Equal Rights Amendment!

The Equal Rights Amendment has satisfied all Constitutional requirements, but that has not stopped the enemies of equality to prevent it from moving forward. The Trump administration purposely used questions about the timing of ratification to kill the amendment. But the current Justice Department under President Joe Biden has the power to remove these roadblocks.

The ERA will help people of all genders achieve equality under the law, and women in particular, have waited long enough for the highest legal protections against discrimination in the land. It’s time for Attorney General Merrick Garland to act to protect this process.