Anything War Can Do Peace Can Do Better 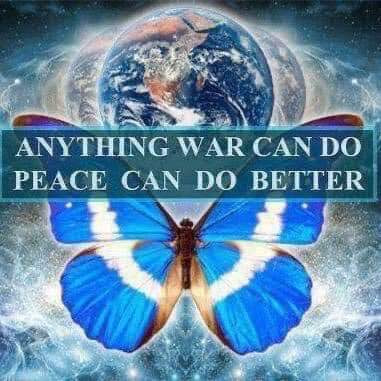 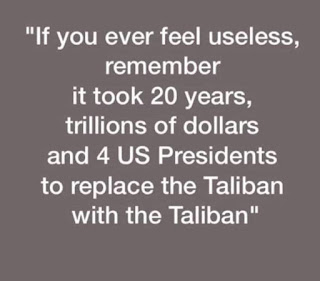 Anything War Can Do Peace Can Do Better

by C. A. Matthews 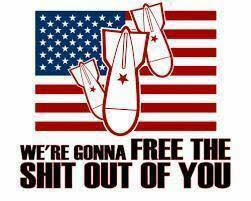 An overwhelming sense of déjà vu came over me when I first saw the video clip of Afghans frantically chasing after a US military jet on a runway in Kabul. It's the fall of Saigon all over again. I immediately thought of the classic folk song Where Have All the Flowers Gone? and its plaintive chorus: When will they ever learn?

I've lived long enough to witness the "ending" of two "forever wars" that the US should have never entered into in the first place. I have witnessed the horrifying images of the aftermath of bombs being dropped on civilians and soldiers coming home in body bags too many times throughout my lifetime. I have felt helpless for decades to do anything to stop the slaughter. It's not a good feeling.

It begs the question, "What good is supposed to come from war?"  Or to put in a more positive way--

Anything war can do peace can do better.

It isn't very hard to show how much better enacting peaceful solutions to the world's problems can be. Let's go back in time to 2001. Congress passes a bill that gives the president power under the Authorization for the Use of Military Force (AUMF). Supposedly Mr. Bush was to use this military force “against those nations, organizations, or persons he determines planned, authorized, committed, or aided the terrorist attacks that occurred on September 11, 2001, or harbored such organizations or persons.”

But by 2016, the Congressional Research Service reported that Presidents Bush and Obama had used this authorization to justify 37 distinct military operations in 14 different countries and at sea. What gets worse is that the vast majority of the people killed, maimed or displaced in these operations had nothing to do with 9/11. Each successive administration has repeatedly ignored the actual wording of the AUMF, which only authorizes the use of force against those involved in some way in the 9/11 attacks.

And yet…terrorism still exists in the world. The AUMF used rightly or wrongly hasn't solved the root problems of terrorism. Perhaps diplomacy and dialogue with those persons who would use violence to gain attention to their plight could have been used instead of bombing? We could have bargained from our position of strength (we do have the world's largest military and military budget, after all) to reach out in peace and settle our differences in a more civilized and humane manner?

Rep. Barbara Lee of Oakland, California, compared the 2001 Authorization for the Use of Military Force to the 1964 Gulf of Tonkin resolution and warned that it would inevitably be used in the same expansive and illegitimate way. The final words of her floor speech ring truer today than they did twenty years ago: “As we act, let us not become the evil we deplore.”

But the US government has defaulted to using deplorable evil every time. Secretary of State Madeleine Albright embodied this new breed of war hawks when she asked General Colin Powell in 1992, “What’s the point of having this superb military you’re always talking about if we can’t use it?”

If you got it, you got to use it, right? There's a shelf life on tanks, bombs and jets, right? Even if it costs the lives of 2,443 US service members and more than 114,000 Afghans over a span of twenty years, you gotta use up all the expensive war equipment before it goes stale. War is a hungry beast that has to be fed with fresh human blood.

The estimated $2 trillion we've spent on this death and destruction has little to show for itself. There is the $25 million building in Afghanistan that no one wanted or would ever use, a $200 million literacy program that failed to teach would-be Afghan soldiers how to read, a $335 million power plant the Afghan government couldn’t afford to run, and the $486 million spent on planes that couldn’t fly and ended up as so much scrap metal.

By spending money faster than it could be accounted for, the US achieved the opposite of what it supposedly intended to do in the first place. Instead of building a stronger Afghanistan where terrorists would become a thing of the past because their physical needs were met and their human rights affirmed, the trillions of dollars of US taxpayers' money fueled epic corruption, delegitimized the Afghan government, and increased insecurity--for everyone worldwide, if we're honest with ourselves.

War is a real bargain, all right.

Think of what all the US could have done with that $2 trillion. It could have been used in peace to help people around the world as well as our own people. It's estimated that it would take less than $20 billion to end world hunger and save millions of lives. Peace is infinitely cheaper in practice and provides many more benefits to many, many more people.

About the only thing peace doesn't do in the long run is make the billionaire owners and shareholders of the military industrial complex richer. Peace would shut down the factories that create death, destruction, and mayhem. And with the money saved by not perpetuating warfare, we could retrain these factory workers to build useful things like housing for all, carbon sequestering devices, and defenses against flooding and coastal erosion caused by the climate emergency we're currently experiencing.

I hope I don't have to belabor this point or explain myself in too many words. One trending hashtag should suffice: #EatTheRich

Or to repeat the chorus of another classic song: All we are saying is… give peace a chance!


Wally Shawn in The Princess Bride gets it right! https://youtu.be/7LUUk6wVNrY

“Give war a chance” https://t.co/noZlZ6YzHm 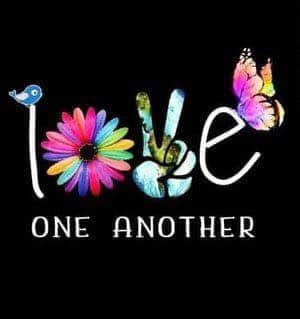 Will the Voices of Those Who Were Always Right on Afghanistan Still Be Ignored?  https://truthout.org/articles/will-the-voices-of-those-who-were-always-right-on-afghanistan-still-be-ignored/

What the US Didn't Learn In Afghanistan According to the Government's Own Inspector Generals https://readersupportednews.org/news-section2/318-66/71097-what-the-us-didnt-learn-in-afghanistan-according-to-the-governments-own-inspector-generals

The System is Rigged for Endless War  https://caitlinjohnstone.com/2021/08/20/the-system-is-rigged-for-endless-war-notes-from-the-edge-of-the-narrative-matrix/#

Before 2001 Invasion, Bush Administration Declared Taliban an Ally in the War on Drugs https://truthout.org/articles/before-2001-invasion-bush-admin-declared-taliban-an-ally-in-the-war-on-drugs/

Listen to "Bush-Era War Criminals Are Louder Than Ever Because They've Lost  The Argument"  https://soundcloud.com/going_rogue/bush-era-war-criminals-are-louder-than-ever-because-theyve-lost-the-argument