We Are Marching For Our Lives 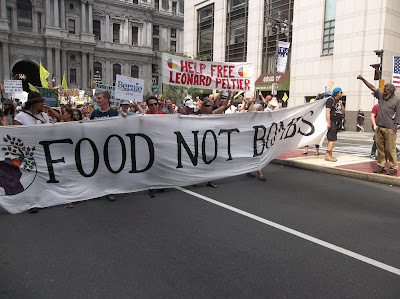 Some photos from the March 4 Our Lives (Monday 7-25-16) and some commentary from Ohio Bernie delegates Barb McMillen and Dennis Slotnick... 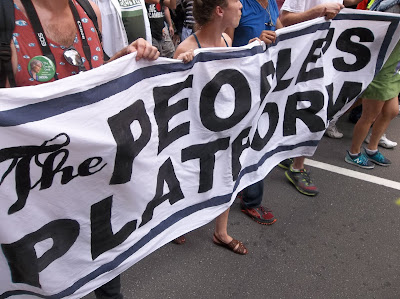 Was watching the DNC last night and the tapes from the day before and started to think that the problem with the DNC goes beyond what we talk about - money, corruption, keeping people out. I took pride in being a Democrat my entire life. I fought for Kennedy, and Obama, Johnson, Robert Kennedy, Carter.

The party itself is also made up of civil rights superstars and the convention itself is filled with people the party has advocated for - people with disabilities, poverty, absent social justice. So why did the parade of the vulnerable bother me? Why was my pride and spirit not raised?


So I began to think about the super stars - Barney Frank, Lewis, Cummings, the Clintons, whomever, and I wondered... They are all my age or older. Their issues are issues that permeated and defined the sixties. They made Change, were social and cultural warriors. They formed a team, a group of warriors who bonded themselves to the cause. 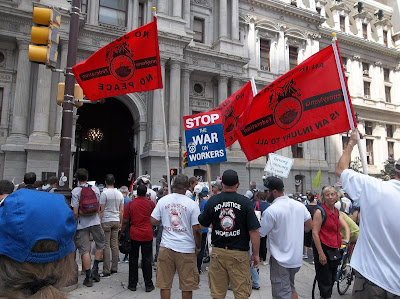 Think about that. Fifty to sixty years dealing with social issues successfully? They come to rely on each other, trust each other. They covet their power to define what issues get covered, who is meaningful and whom is not.

They became institutionalized. Though they continue to fight the good fight, they became a closed system. And they fail to see how the world has changed. They fail to see they have narrowed the field of interest by aging commitments. The tower is no longer a tree. All fluidity is absent. The focus is to keep us going. And exclusion rather than inclusion becomes increasingly the order of the day. 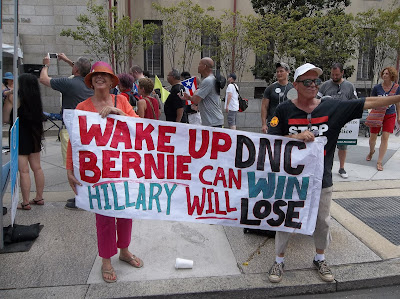 The danger of this televised truly Orwellian evangelical parade of the saved--disabled, women, people of color that marches across the screen like Jerry Lewis's Muscular Dystrophy patients--is that all these wonderful people have become the "objects" of the Dems intention and the visual proof of the demonstrable power they have to save you.

They are all too invested. They need to find a way to become inclusive and alive to new issues. They are like that line from Fitzgerald describing Gatsby himself:  "He was a son of God—a phrase which, if it means anything, means just that—and he must be about His Father’s business, the service of a vast, vulgar, and meretricious beauty." 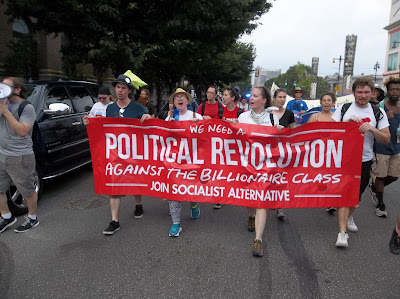 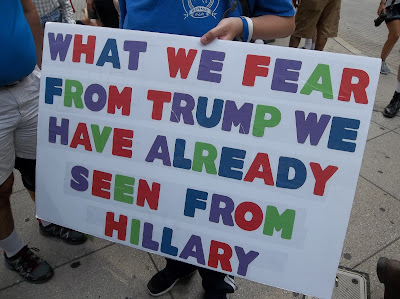 I cant believe I  am at the same convention that the press was. Don't trust anything on the mass media. It's all stacked against Bernie. He was not booed this Monday afternoon. His comment was about supporting Hillary but that was not booing him. The crowd was not raucous. It was loving and energized and calmly and deeply appreciative of him. He did not struggle to get the attention to start speaking. He was humbly recognizing our reception.

There as no unruly outbursts at all. There was no contention.There was some disagreement, but not chaos as media has suggested. More later. 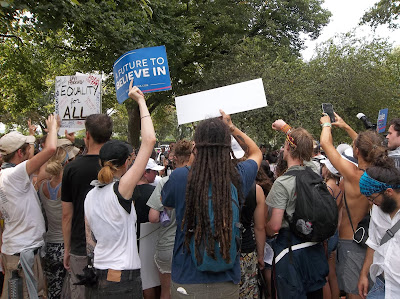 Protesters at the fence leading to the Wells Fargo convention area. 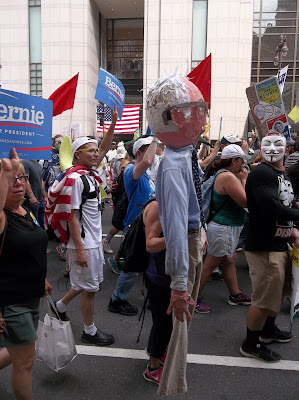 "Bernie" marches with us! 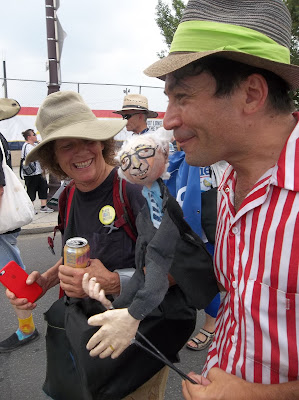 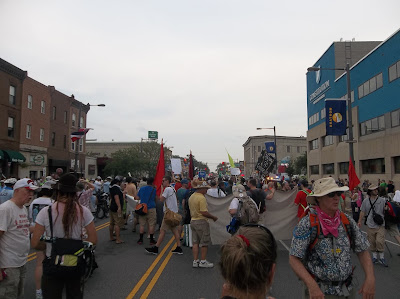