Buster Chats with Readers About “Socialism”

BUSTER CHATS WITH READERS ABOUT “SOCIALISM”
By Buster Brown Town

When I talk about the democratic socialist Bernie Sanders, many readers love to quote Margaret Thatcher who said, “Socialists are happy until they run out of other people’s money.” Margaret, bless her silly heart, clearly misunderstood the concept of “taxation.” Government is in the business of Spending Other People’s Money. They’re gonna take your money no matter what. That’s a done deal. The question is how do you want them to spend your money? Right now, most of it goes to war machinery and subsidies and tax breaks for the rich and the corporations who have bought our Congress. Is that okay with you? 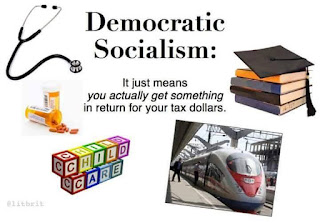 It kind of makes sense to me that we take some of that money and put it toward rebuilding our infrastructure, which will create a ton of private sector jobs, investing to make sure our kids are educated for the jobs of the future, and asking profitable businesses and corporations to stop expecting the taxpayers to pick up the tab for food stamps and medicaid because they are not willing to give their workers a living wage. 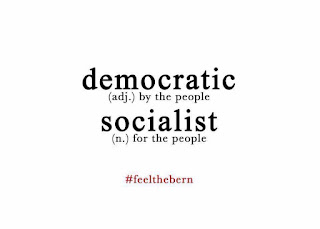 “Socialism” is just a word that scares you because there are people going out of their way to scare you. This ain’t Russia or Cuba or China or Nazi Germany or even Greece. This is America, and the basic things that Bernie is talking about are things we all had in the “glory days” of the 50s and 60s when America truly was exceptional. What’s wrong with that? 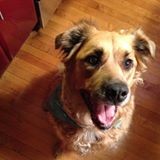 Buster Brown Town is a professor of odd human behavior at Dogville Academy. Buster blogs for Bernie, bites billionaires and will bark for food. His web sites:
www.busterbrowntown.com
https://www.facebook.com/buster.browntown?fref=ts
Professor Town is also the founder of Dogs for Humanity, a not-for-profit with the motto: “We may not be human, but we are humane.”  We asked Mr. Town to tell us why he’s supporting Bernie: 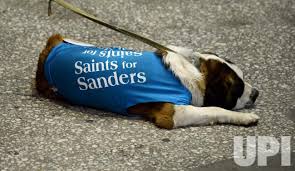 
Watch Bernie Sanders describe what he means by “democratic socialism” and find out what other U.S. presidents have been labeled as "socialist” in his talk to the students of Georgetown University. (Bernie's remarks begin about the 1:33 mark on the timeline.) Click on the You Tube video link below and feel the Bern!