The Bernie Blog Special :
Remarks About the Black Lives Matter Protest in Seattle

Today my heart aches. I'm grievously disappointed in my people. The BLM disruption was a distraction. But, in that regard, I'm grateful that the end result of it will only be as significant as a slowdown in traffic on the highway due to an accident.

I had started to speculate that the agitators were essentially hired shills, sent out by our enemies to slow our progress. I no longer suspect any such thing, and the reasons are simple.

The BLM movement is an important and expanding campaign. It actually has that in common with the Bernie Sanders campaign. It's growing in stature and prominence (gratefully), but it’s nowhere near the level where Bernie is at.

Bernie announces that he is going to speak somewhere, and how many people show up? You can't even count that high! BLM makes a similar announcement, what’s the head count? Sadly, you easily see the difference is breathtaking. The unfortunate truth is that the BLM movement has yet to gain traction or resonate in any way similar to Bernie Sanders’ campaign.

I believe now that these women were motivated to take advantage of what they perceived as a weakness in our campaign. Evidently they thought (and wrongly so) that, by stealing some of the limelight, on their own they would not have been able to position themselves for, that they could personally get attention for themselves. Not for BLM. They wanted to gangster the whole Sanders rally and turn it into a me-me-me!  type of show.

The BLM movement will continue after all this. The Bernie Sanders campaign will drive on, ultimately concluding with Bernie becoming President of the United States. These two women? Nobody is even going to remember their names next week (if they aren't already forgotten). And the embarrassing disruption itself will get put into the context that it's best remembered as a reminder of how much further we have to go in this country where issues of race are concerned.

We should be natural allies in this battle against the 1%! The BLM movement is not our enemy. They should not feel compelled to lash out conveniently against Bernie because they can obviously see he is white. Not everyone who is white is evil. And not everyone who is black is your friend. 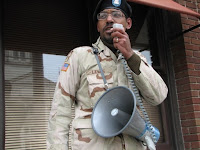 Bio: Anthony Lewis lives in Indiana and is great at rallying his fellow Bernie supporters on Facebook.  http://beknown.com/anthony-edward-lewis   Go Bernie!

What does Bernie say about "Racial Justice" in America today? Read his posting online: https://berniesanders.com/issues/racial-justice/ 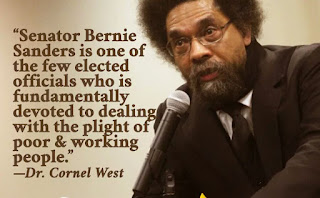 Bernie Sanders Rally Seattle (You should watch this short video!)
Bernie Speaks b4 the rally event. I was two people away. Neat, powerful and inspiring.
Posted by Christopher Cook on Saturday, August 8, 2015

Posted by The Revolution Continues at 9:37 AM