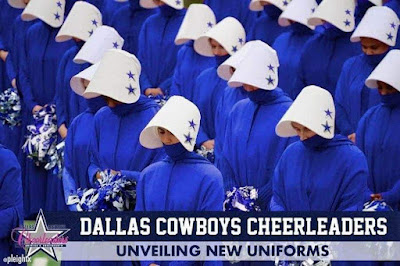 It's a brave new world... One where a woman in the state of Texas no longer has control over her own body. I touched upon the threats against a woman's right to choose in my piece A Matter of Control. It was written about the influence Brett Kavanagh could have on the Supreme Court in regards to Roe v. Wade. Was I prescient or not?

I suspect we'll be talking more about this subject for a long time to come. Read more about what we should do next in this article:  It's Time For Abortion Activists to Push a Federal Abortion Rights Law.

And now a look at how we're all being "controlled" in a different way... Controlled by the abuse of our natural resources such as our drinking water. Lake Erie is perhaps the biggest poster child of neglected gems of nature--and so easily ignored. 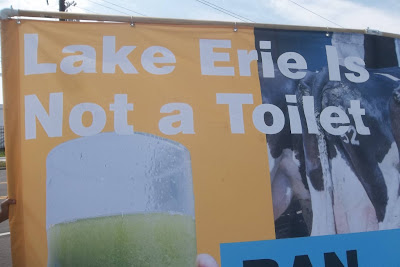 Lake Erie Is Not A Toilet

It's not everyday that a world class professional golf tournament comes to your town. When it happens, you have to make the most of it.

The city of Toledo was fine with hosting a super spreader event during the COVID-19 pandemic, so they opened the proverbial doors to the LPGA's Solheim Cup, along with the tens of thousands of fans it attracts.

Golf fans who don't believe in wearing face masks I couldn't help but notice.  In return, the fans didn't take much notice of our lovely banner as they hurried past us to enter the private country club. 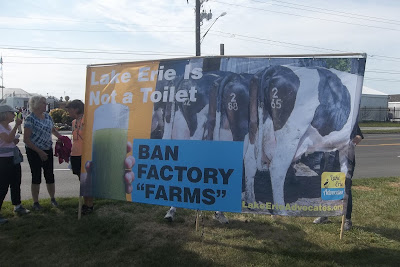 The Lake Erie Advocates (formerly known as the Advocates for a Clean Lake Erie or ACLE) raised a large sum of money to put up billboards throughout the city and also to have two large banner signs printed to promote the message of how Toledoans are tired of their drinking water being put at risk by the toxins caused by blue-green algal blooms. Can you imagine not wanting massive amounts of animal wastes from large-scale factory "farms" (or CAFOs) flowing into the streams and rivers and then into Lake Erie, the source of the Toledo area's drinking water as well as 11 million+ other human beings living along its shores?

So the brave activists of LEA took position with two large banners outside the front gates of the Inverness Golf Club. An estimated 100,000 visitors were predicted to come into town for the week-long golfing extravaganza. Surely the banners would be seen and the message understood, right? 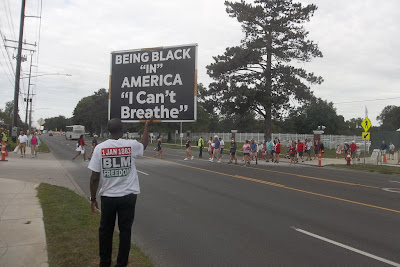 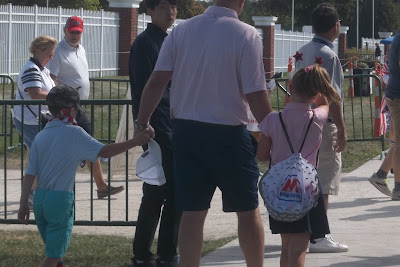 But, like I said, the predominantly upper-middle class white golf fans from out-of-town didn't seem to be too bothered about poisonous blue-green algal blooms on Lake Erie. Some of the bored looks I caught from passers-by unfortunately only reinforced the stereotype of the rich white suburbanite who lives in a "golden bubble"of affluence (not effluence), choosing to remain happily oblivious to the environmental harm their mega-consumption of meat causes.

I'm certain they drink nothing but bottled water whenever they come into an area like Toledo. Well, either that or champagne. 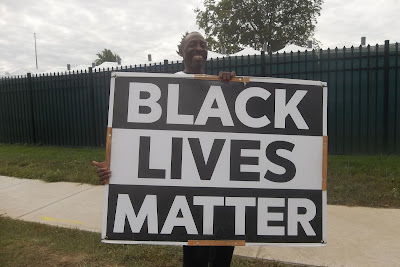 The morning's activism wasn't a total loss. I did meet and chatted with a very nice fellow activist. Harold told me that he had attended every day of the Solheim Cup so far (since the beginning of the week) proudly holding his Black Lives Matter sign. His upbeat attitude and energy was a real inspiration. As he stood outside the front gates of the venue, I noticed he generally received good responses to his sign. Only one sour-faced woman stopped and scolded him with a "Shame on you--it's All Lives Matter!" taunt. I returned her taunt with a short explanation that I'm sure she didn't listen to, but at least I tried to set her straight. Harold just smiled at her. I'm sure he's heard it all before and takes it in stride. 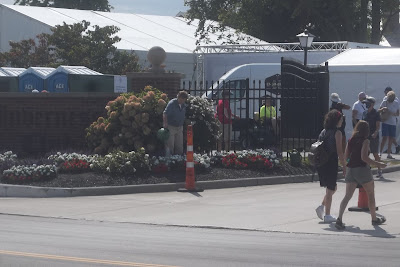 In all fairness, I'm not a golf fan (or of any sport really). I wasn't even sure this location or event was the best place for banners dealing with such a serious topic as water pollution, saving our beloved Great Lake, or animals' rights. But the enthusiasm of activists like Harold who show up day after day gives me hope that maybe some of our message might get through to the crowds of well-to-do golf lovers. Perhaps some will even do a quick Google search about what we meant by factory farms and why there was a glass of "green Kool-Aid" on our banners. (It's a glass of slimy blue-green algae-tainted water actually. Yum.)

I try to keep a positive attitude, but it is hard when you see so many people not wearing masks during a deadly pandemic rushing past you while trying not to make eye contact (or banner contact). If a person doesn't care about taking precautions to keep his neighbor safe (by wearing a mask during a pandemic at a crowded sports event), then would they really care about keeping our water clean and shutting down CAFOs? Do they care at all about Lake Erie except as a possible place for their next yachting adventure? It remains to be seen. 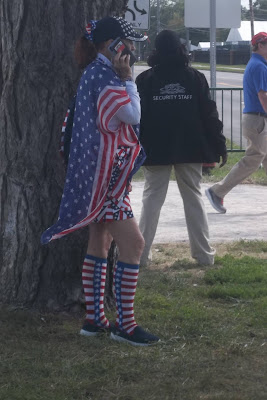 No matter how much the golf fans hide behind their red, white and blue outfits, I-phones, and Rolex watches, it won't stop those who care about our shared environment and their neighbors' health from trying to get the word out. The Lake Erie Advocates know time is running out, and they're not giving up.

We can't keep dumping massive amounts of animal poop into one of the largest bodies of fresh water in the world and expect to get away with it. An increasingly warming climate is only enabling algae blooms to explode across the lake surface. Human beings are turning Lake Erie into a massive toilet, one that we might find is impossible to clean someday.

Take that warning and flush it down your golf club bags, fans!