It's exciting living in America in the year 2019, and it's not because we're never sure we won't wake up some morning to a giant mushroom cloud exploding over  the horizon because Trump has a tiny-handed finger resting on the nuke arsenal button. It's exciting because in the last two years we've seen a huge surge in progressive first-timers entering into the political arena both at the local and the national level. Here are some images and thoughts on two such women, both single moms, taking on the establishment and running for office to make changes for the better for both theirs and others' children. 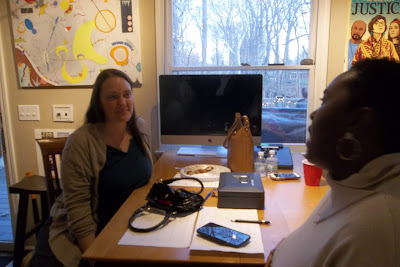 Sheena Barnes is running for Toledo Public School (TPS) Board. She is raising three kids so she knows what's really going on in public schools and what should be happening to provide brighter outcomes for all Toledo public school students. Running for school board in a large city (over a quarter million residents) isn't as easy as you might think, but Sheena is up for the challenge. She first needs to secure 300 valid signatures in order to gain ballot access. It's imperative that she raise a war chest to promote herself in what will probably be a large field of already well-known (and better off financially) candidates.

Stefania Czech like Sheena is also a single mom, living in subsidized housing 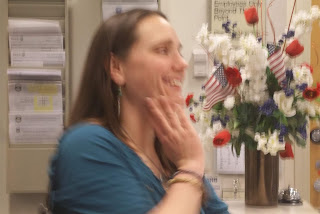 and attending school full-time. She's an activist with Toledoans for Safe Water, the group that brought forth the successful Lake Erie Bill of Rights (LEBOR) citizens' initiative, and a college student studying environmental science. Stefania feels that Toledo City Council doesn't take the new law to protect drinking water seriously. The council current non-support of LEBOR in the face of lawsuits from Big Agriculture demonstrates how council members seem more intent on pleasing their corporate sponsors than their constituents. 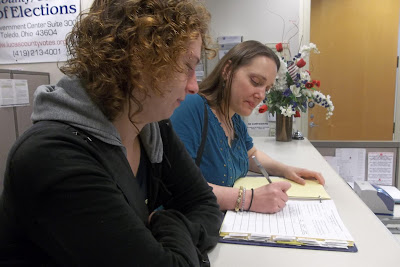 Stefania wasn't about to sit idly by and watch her young son's future be jeopardized by a future of toxic blue-green algal blooms on Lake Erie. She decided to run for city council, district 2, and unseat the current city council president, Matt Cherry. Mr. Cherry is known primarily as a trades union leader who voiced opposition to LEBOR. He isn't even particularly well-liked by members of his own party, the Lucas County Democratic Party, but he will be listed on the ballot as their "endorsed" candidate with a large war chest to fall back on.

Can an activist-mom running as a Green-Independent take on an icon of the corrupt establishment? Stefania knows she can, but she also knows it's not going to be easy. Luckily she has another powerful young woman, Monika Perry, helping to run her campaign. Sheena's campaign manager is the power-filled Kwinlyn Tyler. Women power is found in all roles--from those running for office to those who work behind the scenes to bring these candidates to the public's eye.

Some other instances of Women Power witnessed recently... 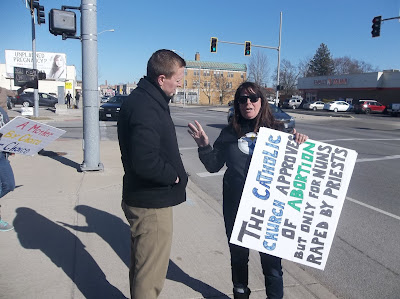 The right to freely access abortion health care is being denied in Ohio. Activists have taken to the streets once again to express their disgust with the government interfering with a woman's right to make decisions about her own body. Recently Ohio Governor Mike DeWine signed the 6-week abortion ban. The protests will continue. Pro-choice women have the power and the voice, and they're not going back to coat hangers in back alleys. Be sure to sign the link below to show your support. 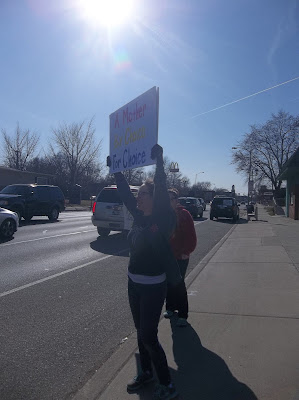 Who do you know is a powerful woman in your life? What gives her that power? How do you support her in the fight for justice and equality? Let us know in the comments section. Power to the people--all peoples, of  all gender identities!

Add your name to the Declaration for Reproductive Freedom:

"We, the undersigned, pledge to build an Ohio where reproductive health and safety are guaranteed, where Ohioans from all walks of life have equal access to a full range of reproductive health care, and where we are united in our commitment to health equity for all Ohioans, to reproductive freedom, and to safe and legal abortion.

"As Ohioans, we believe in our right to make decisions about our own bodies, and we believe that reproductive rights are human rights."