This lovely rainbow appeared in the sky at the end of the meeting.
We saw it as a good omen for Bernie's bid for the White House!

What Does a Bernie Supporter Look Like?
by Cindy A. Matthews

With great anticipation my husband and I awaited the Bernie meet-up for July 29, 2015, at Coffee Amici in downtown Findlay, Ohio. After all, we were finally going to meet other fans of the independent-minded senator from Vermont in the flesh. Would they be the "socialist devils with pitchforks" that many in the media kept describing? Would we be awash in denim and tie-dye and love beads and tree-huggers? Would we be surrounded by marching "Communists" with red stars tattooed on their chests?

The short answer: No. 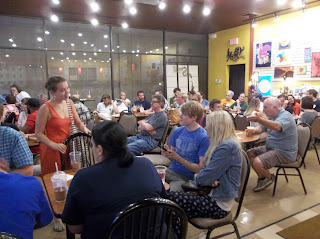 Bernie Sanders' supporters are ordinary folks that you'd meet on the street anywhere... You go to church with them, work with them, shop with them--your kids and grandkids may even attend school with them. Hey--you may even be one of them yourself and you don't even realize it yet. 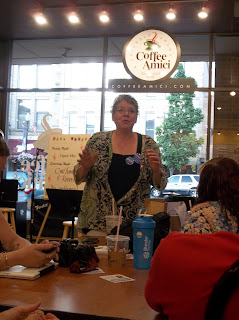 
Bernie brings out the best in people we discovered. They're enthusiastic and energetic. They come in all ages, sizes and colors, too. I know I was quite impressed with the large turn out of "Millennials" who now make up the largest proportion of the population. Face it, baby boomers--our day is over, and it's time we stop being so selfish and make our country a more caring and hospitable place for our kids and grandkids.

Our hostess for the meeting, Janet.


So, if you've been on the fence about coming out to the world as a Bernie Sanders for President supporter because you're afraid you won't fit it, don't worry. Everyone "fits" in Bernie's vision for America. It's a kinder, gentler and more just vision of America for all Americans. Join with your fellow dreamers of a better world and help create it today. 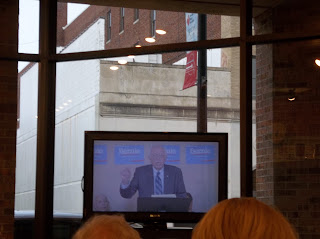 Bernie speaks to a nationwide audience of 100K+ supporters via the Internet.

More information on how you can volunteer for the campaign can be found online at http://www.berniesanders.com

And here are some photos from another Bernie meeting that took place in Perrysburg, Ohio. They look like "ordinary Americans", don't they? Imagine ordinary people excited about creating a better America for all... Bernie Sanders inspires folks to feel like they're a big part of the political process and not victims of the billionaires who blatantly purchase power in Congress. That's why they're turning out by the thousands to hear him speak and asking how they can help him become our next president. 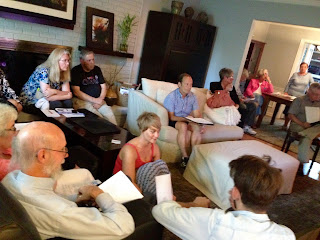 Friends and neighbors gather to hear Bernie's message and learn more about helping out the campaign. 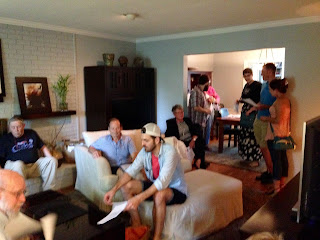 What does a Bernie supporter look like? Take a look in the mirror. He or she looks like you. Join us today!

Watch this short video that shows thousands of other Bernie supporters from around the country...

Tell us in the comments below--what kind of Bernie supporter are you? Where are you located? What vision for the future do you have with Bernie as president?
Posted by Cindy A. Matthews at 3:00 AM