Voter Suppression By Any Other Name 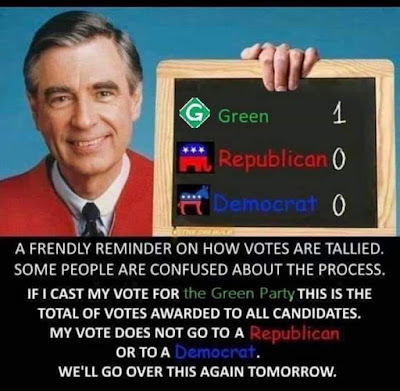 Voter Suppression By Any Other Name

It stinks. There's no other name for this vile action except "voter suppression."  No matter how the "Democratic" Party tries to put a spin on it, taking a candidate's name off the ballot--a person whose political party has already submitted the required signatures, paid the fees and jump through the hoops, mind you--for political reasons right before a major election is nothing short of voter suppression.

Sure, the GOP have become experts in de-registering voters and shutting down both the number and locations of voting polls in poorer, multicultural areas. You could even claim they've raised the quality of their nefarious gerrymandering activities to a true art form. But this time the Dems have decided to bail out the establishment candidates' lackluster performances by removing Howie Hawkins of the Green Party from the Pennsylvania and Wisconsin 2020 presidential election ballots.

Did the Greens fight back in court? Yes, they did, and it was an extremely expensive endeavor for a grassroots party that accepts no corporate or Super PAC money. T 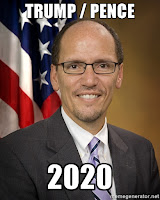 he money spent appealing these decisions--which the Greens did and were successful until the Dems forced the decision back into a court with a more " cooperative"  judge --could have been used for promotion and travel expenses for Howie and Angela Walker, his V.P. running mate.

Once again, the big "red/blue" bullies have shown their true colors. They have become green with envy over the growing popularity the Green Party has with voters!

There's a lot to be envious about. The Green Party is the only American political party that has consistently advocated for universal health care that covers all Americans, regardless of income, disability or job status. The Greens are the only party that has been on the record for supporting free education, pre-kindergarten through college, and for student loan debt forgiveness.

The Greens support peaceful and diplomatic initiatives to put an end to all wars and military conflict worldwide, so there's no fear of your son or daughter being drafted into the army to defend oil rigs in the Middle East once again. And, of course, the Green Party were the creators of the original "Green New Deal" and are supporters of green energy implementation to put an end to the coal-fired plant pollution that is causing Americans to suffer from asthma more than ever before.

When you have two establishment candidates who don't offer much of a platform to run on, let alone inspire voters who are still registered to turn out and vote, these kinds of underhanded shenanigans are to be expected.  Both Trump and Biden have declared that they don't support Medicare for All. Their parties both continually vote for obscenely large military budgets and support military interventions overseas and back home by providing military-grade equipment to municipal police departments. (Yes, the Dems voted for the latest huge defense budget, too. They have gone along with every Republican ask for more money to build weapons of war, so blood is on their hands.).

You can't help but see see why the establishment candidates are so desperate to keep Americans (mostly young, poor, black and brown ones) from going to the polls.  They'll do anything to prevent the voters from having one positive presidential choice on the ballot, up to and including kicking off other viable candidates who support programs that could help ordinary people.

Surveys show that voters who support the Green Party do not automatically vote Democratic or Republican for president when they don't have a Green option on the ballot. Most Greens will simply leave that spot blank or write in their preferred candidate's name--this time Howie Hawkins for president. While some complain that "third parties" have no business running a presidential candidate (let alone such a compassionate and intelligent one as Hawkins), these people seem to forget that this is how our electoral system is set up.  Small "alternative parties" (as I call them) have to run a presidential candidate on the national ballot in order to run their candidates on state and local ballots.

There's no way around these draconian rules, so the Greens knuckle down and do their best. These tactics give more evidence to how the establishment (consisting of the strange union of the GOP and the Dems) make life harder for other parties and take away choice from the voters at all levels.

I could go on and on about how the so-called "presidential debates" are no longer run by the "unbiased" League of Women Voters (they are actually run by a private corporation owned by the DNC and RNC), but I think I'll stop there. I'll let the following videos featuring the candidate taken off the ballot in Pennsylvania and Wisconsin speak for themselves. And the good news is, at the end of the day, voters will be allowed to write in the names of "Howie Hawkins and Angela Walker" on their ballots for president and vice president if they so desire in those two states. Not all states allow write-ins, so this is fortunate.

It seems that running an honest campaign, aimed at helping the people and not corporations, makes the Green Party  come out the "winners" after all.

The following is an excellent interview with a great indie journalist who asks Howie Hawkins smart questions about how the Green Party  would work to help Americans with school lunches, the climate catastrophe, the massive wildfires out west, the handling of the pandemic, and other issues. (Ignore the video's cover image--it's pretty lame.)

Jordan Chariton  interviewed Howie Hawkins on the day the decisions to kick Howie off the ballot were announced. Here's a brief snippet taken from a longer interview available on the Status Coup You Tube page.

In classic Jimmy Dore epic rant style, Jimmy breaks down the hypocrisy of claiming that Americans live in a "democracy" if we as voters aren't even given the chance of voting for a candidate that isn't sanctioned by the establishment oligarchy. He makes some very insightful remarks, so hold onto your hats and listen all the way through to the end. You could discover something about our electoral system that you never realized we were missing.