This Is A Revolution 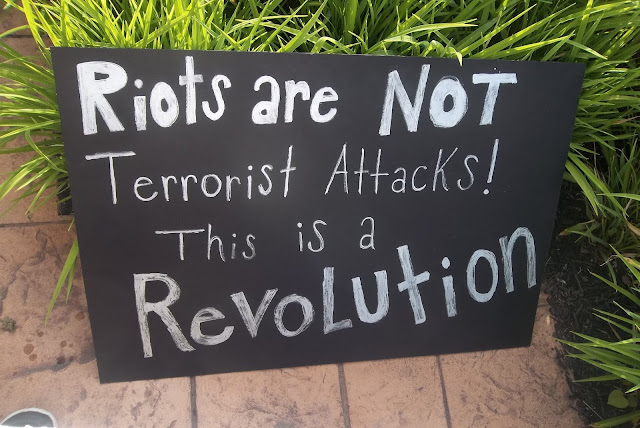 This Is A Revolution
photos and words by C.A. Matthews

We've been posting a weekly blog for half a decade now. It seems like only yesterday when a bunch of isolated Ohio progressives got together and decided to post a blog to promote Bernie Sanders to a larger audience. Well, times change and candidates drop out (or was he pushed?) and both ours and our audience's political outlooks have developed and expanded. Five years on, we're still privileged to publish opinion and news pieces from a variety of writers. Truly, it's been a learning experience. 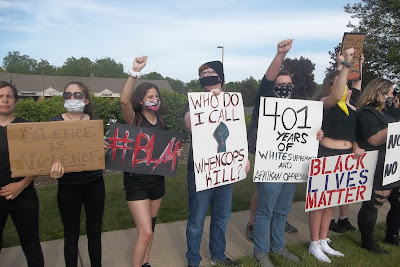 Not that it hasn't come with its share of pain. Censorship by the mainstream social media platforms is a given nowadays. For instance, Facebook this past week blocked our posting about the Toledo protest that resulted in the use of teargas and rubber bullets and wooden plugs being shot at peaceful protesters. Obviously, Mark Zuckerberg doesn't feel the public has the right to know about police brutality in America. (Like what is shown in this very illuminating video of protesters in Portland.) There is no way to make Facebook share the blog link on their platform once they decide to block it. 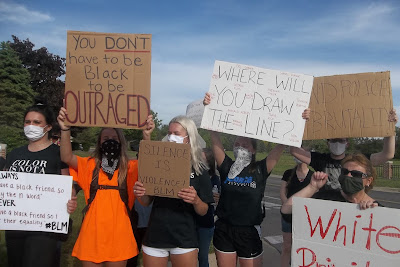 Still, it's not quite as bad as the repression reporters have suffered in Minneapolis recently. 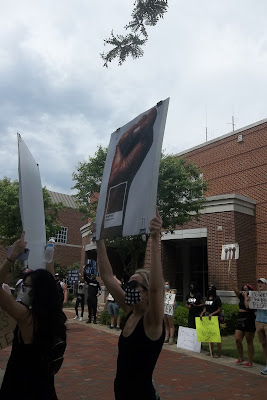 Teargassed, Beaten Up, Arrested: What Freedom of the Press Looks Like in the US Right Now https://readersupportednews.org/news-section2/318-66/63328-teargassed-beaten-up-arrested-what-freedom-of-the-press-looks-like-in-the-us-right-now

Or what's at risk for protesters' health on the streets.
Tear Gassing Protesters During An Infectious Outbreak Called a Recipe For Disaster https://readersupportednews.org/news-section2/318-66/63345-tear-gassing-protesters-during-an-infectious-outbreak-called-a-recipe-for-disaster 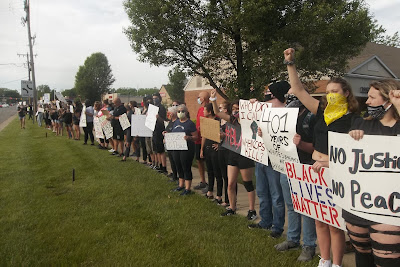 The photos featured here this week were taken at two peaceful protests in two suburban areas, Bedford Township, Michigan, and Maumee, Ohio. Police/sheriff deputies in both municipalities cooperated with the protest organizers and made sure marchers could march down the roads unmolested, unlike the week previous when they used teargas and projectiles to stop a peaceful march in downtown Toledo. (This is explained further in the TRC story blocked by Facebook. Please click here and share the story with others if you can. If you can't, I hope it demonstrates to you how much censorship is happening on popular social platforms.) 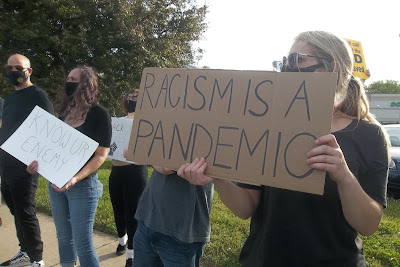 What I found the most interesting about these smaller protests (that happened in the shopping areas of suburbia) compared to the downtown Toledo protest was the tone struck by the police on those days. Suburbia in these parts is mainly Caucasian and upper-middle-class/middle class--no real surprises there. This demographic was reflected in the majority of the participants, and it apparently help set the tone police used with the protesters. The cops kept to the background and made sure marchers weren't hit by cars speeding by on the other side of the road, for example. There were several police vehicles at both suburban protests, but there weren't a large number of officers present overall. The people felt free to express their opinions in signage, chants and testimonies at the end of the march. The tone was one of unity, community and neighborliness. 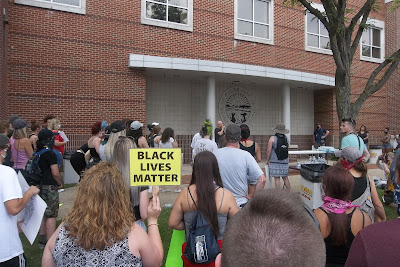 Now contrast that with the city protest a few days earlier where police officers stood on the roofs of nearby buildings (some possibly holding sniper guns I was told), drones circled overhead spying on the crowd, and as the people began to march around the corner, riot police were at the ready to meet them. The riot squad seemed aching to use the teargas and projectiles on the city marchers, a gathering that contained a good mix of Caucasians, African-Americans, Latinx and others. I dare say the Toledo city crowd contained more poor/working poor persons than either of the suburban crowds. The tone set in the city by the police was one of distrust and outright hostility toward the people 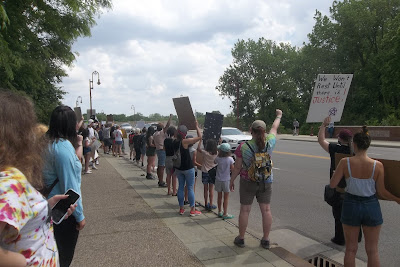 Why such a contrast in tone between these protest settings? Suburbanites can expect cooperative and helpful policing, but city folks...? Well, you just have to use a firm hand with them, don't you? Poor city people and people of color just won't behave themselves unless you use force is the message police send. 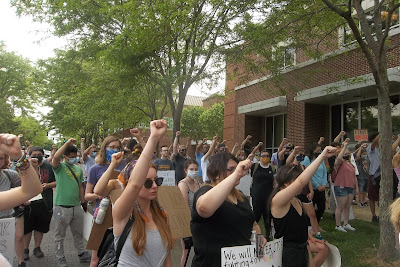 I don't want to put anyone down for protesting--suburbanite or city folk, rich or poor, black, brown, red, yellow or white--but I do want to call to everyone's attention that the tone set by those in authority in their interactions with us, with all of We the People, is blatantly a pro-white/pro-wealthy tone. If you can't see it, or refuse to acknowledge it, then you are part of the problem and not the solution. You are why protesters chant, "Black Lives Matter!" because "All Lives" won't matter until "Black Lives Matter." They just won't.

This is why America needs a revolution. White privilege is far too ingrained in our society, and it's not going to go away without us taking it to the streets in outright rebellion against the corrupt system. Those in power aren't going to go quietly, so we should expect more injuries and death from teargas and projectiles--up to and including regular bullets--being shot at protesters. 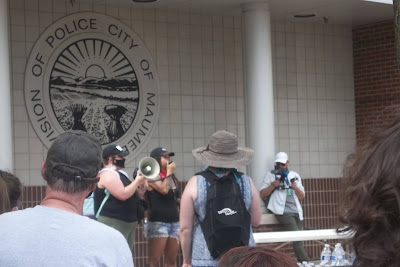 Protesters are not "terrorists" as some pundits in the mainstream media say we are. We are the true patriots, the true dreamers who dream of a better world where everyone is treated fairly and justly. We envision a country where George Floyd, Breonna Taylor and other African-Americans killed at the hands of police would still be alive and well today and with their families. 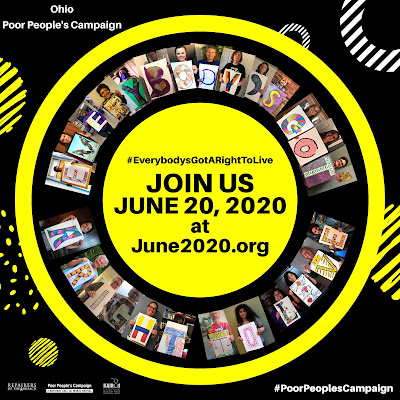 Join us on June 20 for the biggest digital event of the century! The Poor Peoples' Campaign--A National Call for Moral Revival will gather folks from all over to proclaim this is the year we will not forget those who are oppressed, those who are imprisoned unjustly, those who are struggling to simply survive in America 2020. Be there!  june2020.org
***