Interested, Enthusiastic and Engaged Voters (This Woman is Bernie Strong!) 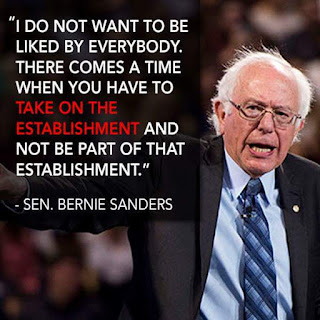 The New Hampshire primary has finally arrived, and "Berners" are more excited than ever. (Get out and #VoteTogether, N.H.!) Bernie supporters are the epitome of interested, enthused and engaged voters--the complete opposite of what establishment candidates expect or even want. Berners want to know what's going on, who's on the take from whom and for how much. (And what exactly is in those Goldman Sachs speech transcripts?) 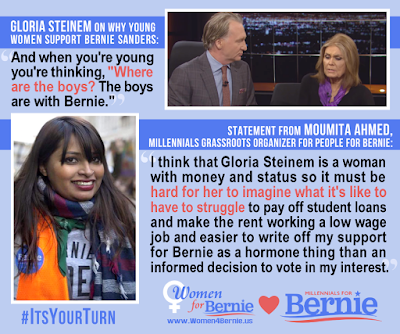 This week we have some thought-provoking pieces from and about Bernie supporters who aren't about to accept the corporate candidates' status quo. First up, a new weekly feature I'm calling "This Woman is Bernie Strong!" If you're a woman who supports Bernie Sanders, we'd love to hear from you. A short testimonial (doesn't have to be very long) and a photo of you is all we need. Email it to thebernieblog2016@gmail.com and help stop the media reports saying that only "BernieBros" support Bernie's candidacy and to silence the recent insults made by Clinton supporters.


This Woman is Bernie Strong!
by Jessy Phares

As a woman, I have no time to waste on other people's games. We have a planet to save! #ThisWomanIs #BernieStrong 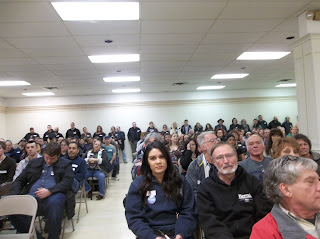 Saturday evening saw us up in Toledo for the national Bernie Sanders campaign meeting there. Over the course of the thirty minutes before the meeting began Tremainsville Hall filled up to standing room only. People from all over the city and beyond came to learn more about Bernie Sanders' campaign and what they could do to promote it. To think the meeting was held on a Saturday evening with comparatively little notice, yet was full to overflowing shows the remarkable level of enthusiasm for Bernie's cause. I've been in a few political meetings on both sides of the Atlantic in my time, but not one of them approached the sheer degree of energy felt in Tremainsville Hall that evening.

A friend of ours arrived with a large quantity of campaign buttons she made, intending to  give them away in exchange for a campaign contribution. Whatever she had left over she would take to another meeting. Over the course of the evening she gave away all but a handful. Between us we could hardly keep up with the demand and the contributions.

What we experienced that evening seems of a piece with the enthusiasm and sheer hope generated by Senator Bernie Sanders' bid for the presidency. We the people know that in him we have a genuine champion for our cause, a champion who will overcome wealth inequality, pry loose the cold greedy hands of corporate America from our lives, and restore and enhance the democratic values we need.

Evidence that his message is spreading far and wide can be seen in the aftermath of the recent Iowa caucus as seen in this Washington Post article.

An aide to the Democratic presidential hopeful said Tuesday that the campaign had raised $3 million since Monday night’s Iowa caucuses, in which Sanders finished right behind Hillary Clinton, according to Iowa Democratic Party figures. 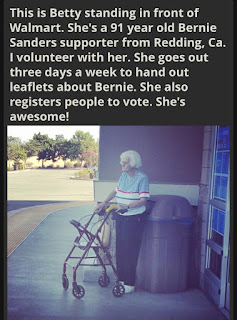 “It’s been our best day ever,” Sanders communications director Michael Briggs said of the fund-raising haul.

He also benefited from new donors in the hour after his speech on Monday night. Four in ten who gave during that stretch had not contributed previously to the campaign, Briggs said. The campaign announced it raised an eye-popping $20 million in January alone. The past 24 hours have exceeded even that pace.

Whatever your thoughts about the apparent shenanigans connected to the Iowa caucuses (and I have a few not safe for work), the result shows the "business as usual" approach of the other candidates no longer resonates with Americans. Bernie Sanders is climbing in the polls in every state. The mainstream media is now forced to follow where social media has led the way – into recognizing in Senator Sanders the only person who should be president.


America is feeling the Bern!

Bio: A. J. Matthews is a Brit living in America, a writer, artist and enthusiastic Bernie Sanders supporter. He says he's ready for the political revolution. Keep feelin' the Bern!

Feel the Bern
a poem by Manus Brennan

Hours before the people decide
my heart is pumping with hope
for all that has brought us here
for all who believe your words
for the many who matter most
for the labourers in the vineyard
those who have come to help
those who can't who are with us anyway, the young, the old, the women, the men, the black, the white, the brown, the red, the
colours of the rainbow you have drawn in our imaginations
and our hearts.
Feel the Bern!

Bio:  Manus says, "I am a 59 year old retired teacher from County Donegal, Ireland, and I have come out to the U.S. for a month to volunteer on the Bernie Sanders campaign. I am working out of the Dover office. Keep up the good work!" 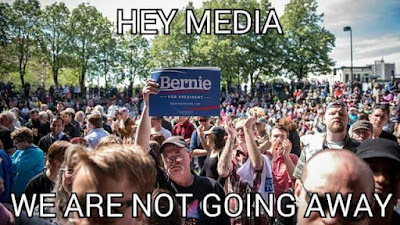 Don't forget to phone bank this week and continue to push Bernie's good news on all your social media sites. Share links, positive memes and messages. Soon everyone in the U.S.A. and the world will know who Bernie Sanders is!