What Do Women Think About Bernie Sanders? 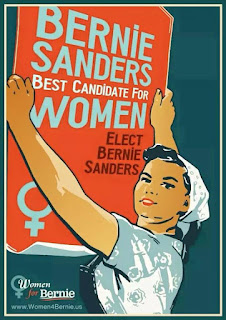 A lot of people are probably wondering if Bernie Sanders is attracting the attention (and votes) of female voters. Political pundits go on about how Bernie can only "attract people who look like him" and, therefore, he cannot be drawing women, minority or younger voters to his campaign.

From what we at The Bernie Blog have experienced, nothing could be further from the truth. (How else can we explain Women for Bernie?) If you are still in doubt, listen to the voices of two women from two very different parts of the country--Hawaii and Ohio--and see what they have to say about Bernie Sanders running for the presidency.

Millions are Feeling the Bern!
by Eloise Engman

It’s early in the primary season, and the democratic primary race is getting interesting. I’m excited about Senator Bernie Sanders from Vermont. His voting record shows he has worked consistently for social justice, the environment, civil rights, and the middle class during his political career. Pundits on the left and right all agree: Sanders is “authentic”, which is extremely rare in politics. He walks his talk consistently.

Sanders is a leading voice on climate change, campaign finance reform, income inequality and getting big money out of politics. Senator Sanders is also outspoken on civil liberties, and has been particularly critical of mass surveillance policies such as the Patriot Act, and spying conducted by the NSA.

Bernie Sanders is rising in the polls, and he’s ignited the internet, especially Facebook. Millions are “Feeling the Bern!” Sanders message is resonating with Americans of all persuasions. I have a libertarian Christian friend who said he may well vote for the self-described “Democratic Socialist.” People are realizing we already live in a socialist society. Most of the institutions we hold dear are socialist programs, such as public funding of the military, highways and roads, bridges, public libraries, police, fire departments, US post office, libraries, garbage collection, public landfills, the EPA, Social Security, museums, public schools, public parks, sewer systems, Medicare, the courts system, and much more.

Please visit https://berniesanders.com/issues/ for more info on Senator Bernie Sander’s candidacy for president of the US. Or visit his official Facebook page at https://www.facebook.com/berniesanders

Here's what Eloise Engman says about herself: Born and raised in Honolulu, I've lived on Maui since 1977, raising three daughters who are all independent women now. I've also lived in Seattle, Washington, and Pensacola, Florida. I have a special affinity for Letters to the Editor as I started a movement and organization (GMO-Free Maui) with such letters. Aloha! 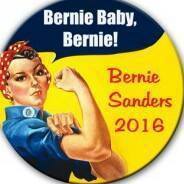 My Mother Was a Democratic Socialist
by Barb McMillen

A drunk named Snowball was asking kids in the Philadelphia schoolyard for food. I ran home and told our mother, and she made sandwiches for me to take back to him.

Jump ahead thirty years to Toledo, Ohio, where houses all around me are in foreclosure. It is the result of the government repealing Glass-Steagall (controls on capitalism) and that resulted in a huge corporate bailout. Subsequently taxpayers lost their jobs, homes, life savings. And not one corporatist on Wall Street has gone to jail. Add NAFTA to the mix and all the jobs have gone to China.

Doesn’t that make you angry?

Bernie Sanders reminds me that mom sent me to the schoolyard with sandwiches for Snowball. Not with the police and not with blame. I know in my heart that Mom was a Democratic Socialist. And I know for a fact she would have loved Bernie. 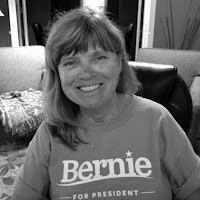 Barb McMillen is a co-creator of The Bernie Blog. She lives in Northwest Ohio and is doing all she can to bring about Bernie's political revolution in the Buckeye state. Go Team Bernie!


Got an event or a helpful web site link to share?

Have you got an event or a "helps" web site you'd like to share with others? List it at The Bernie Blog! Email us at thebernieblog2016@gmail.com with the info and link. (Yes, Bernie supporters and others frequently check out our links and pages, so this is a great place to promote your site.)

Ballotpedia is a web site that tells you more about the voting process. You can find out when your state's primary is, and how and when you need to register to vote in the primary. Ballotpedia -- http://ballotpedia.org/Important_dates_in_the_2016_presidential_race

Thanks for all your feedback and shares. Keep it coming! #FeeltheBern  We are making it happen--Bernie Sanders in 2016! #Bernie2016
Posted by The Revolution Continues at 3:00 AM